The ant is one of the best known and admired insects for its organizational skills and construction skills.

The formation of ants develops through metamorphosis; go from being larvae, then pupae, and finally become adult ants.

Disease transmission by dragging microorganisms on its feet. 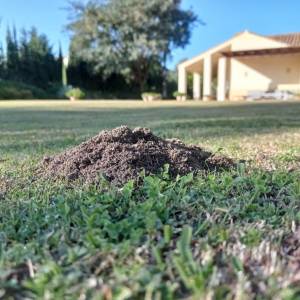